Seeing your mail service getting worse? It's probably going to get worse still 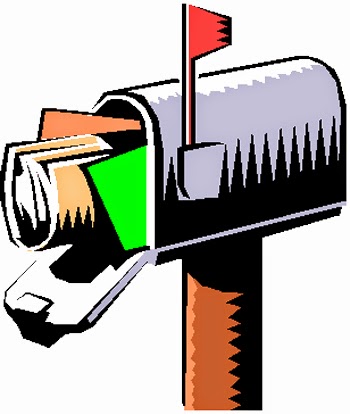 Maybe there's one of you out there who hasn't been part of the dramatic exodus from the U.S. Postal Service which has wrought havoc on its already-precarious finances. But I know I just don't send out very much mail. The major part of my outgoing mail in years gone past was bills being paid, and nowadays I pay most of my bills online. It's just easier.

But every now and then I do have to mail something -- usually locally, as I think about it, which kind of surprises me. And every then I depend on receiving something, again usually locally, from someplace else in Manhattan. I try not to put myself in a position where I depend on, er, timely delivery -- meaning the next day, or at the most the day after that, a service level that the Postal Service seemed to manage in the not-all-that-distant past. I remember being surprised and pleased by how often I did receive things mailed to me the next day.

Nowadays, it's been seeming to me, maybe not so much. Again, I try not to depend next-day or even day-after delivery. Then again, I've certainly noticed that my New Yorker has gone in recent years from arriving mostly-on-Monday-but-sometimes-on-Tuesday to sometimes-Monday-and-sometimes-Tuesday to once-in-a-while-Monday-but-more-often-Tuesday to well-at-least-by-Wednesday. Of course that's not first-class mail, so it's not covered by the Washington Post report this week we're about to look at, but it says something.

Of course the dramatic cutbacks described here are hardly likely to improve the Postal Service's ability to compete for our business, but we seem permanently stuck in the death spiral where congressional Republicans seem to get something like sexual pleasure out of fucking the USPS and are only slightly curbed by the screamings of rural members of both parties who are indignant about their declining service but don't seem to make the connection with their crackpot colleagues' (of course often it's the same crackpots) war on the Postal Service.

My takeaway from this piece: Things are only going to get worse.


It’s not just you: Letters really are taking longer to get delivered

The U.S. mail is slowing down.

In January, the Postal Service eliminated overnight delivery for local first-class letters that used to arrive the next day. Anywhere from 20 percent to half of the rest of the first-class mail sent every day now takes an extra day of delivery time.

Service standards have been relaxing since 2012, when the volume of first-class overnight mail decreased and that of two-and three-day mail grew. The changes are a response to declining mail volume and the resulting excess capacity in processing plants, and they’ve allowed the financially strapped Postal Service to save $865 million with the closure of a first round of 150 plants and another $750 million by shuttering 82 more starting in January.

The Postal Service calls the delivery changes “Network Rationalization.” To limit the damage for customers and mailers, officials have downplayed the longer delivery times. Asked about the plant closings in January in a speech at the National Press Club a few weeks before his retirement, former postmaster general Patrick Donahoe said that consolidating mail operations into fewer plants would save money and increase efficiency.

“When is the last time you got a piece of mail that had a stamp on it?” Donahoe told reporters. “This whole change represents at most 4 percent of the mail. We think it’s closer to about 2.5 percent. So you can’t hold an entire system hostage and continue to run up debt and continue to avoid making investments over 2 percent to 4 percent of the mail.”

A USPS fact sheet about the new standards, however, says they are affecting up to 16 percent of first-class mail, which is a lot more than Donahoe said. Others, from unions to members of Congress representing rural areas, say the number is much higher. There are many anecdotal reports of delays.

The first round of plant closings did not delay delivery times dramatically, since those plants were situated relatively close together. But the second, more recent round of closings is reverberating more, as trucks drive longer distances to more distant plants to pick up and deliver mail before it goes to local post offices.

Preliminary internal data shows that the Postal Service did not meet even its lower targets for first-class mail during the first seven weeks of 2015, with letters that are supposed to take three days (and four or five days if they’re headed to Alaska or Hawaii) arriving on time just 54 percent to 63 percent of the time.

The numbers show that for the first seven weeks of 2014, service was better: Three- to five-day delivery hovered between 77 percent and 85 percent of agency targets then.

The 2015 numbers, which will be made public in May, follow reports by the Postal Regulatory Commission and the Government Accountability Office, which found that national performance for single-piece first-class mail with 1-day, 2-day, and 3-5 day delivery standards declined throughout fiscal 2014 after a relatively good second quarter in fiscal 2013.

Postal officials have said that severe winter storms had a significant impact on performance results for many service standards, slowing trucks from driving mail to post offices or airports, where it was flown out.

Agency spokeswoman Sue Brennan called the numbers “preliminary” and noted that final information will go to regulators in May, showing improved service in recent weeks.

But she acknowledged that teams of operations experts are now deployed from USPS headquarters in Washington to numerous sites across the country to “help local management with various service issues.”

She declined to say which regions are getting help and, by extension, have the most serious service delays.

“Implementing changes of this magnitude in an organization the size of the Postal Service involves a learning curve,” Brennan said, referring to the plant closings.

“We acknowledge that pockets of the country have experienced some service delays in [January-March],” she said, “much due to the extreme weather but certainly not all. We have deployed headquarters-level operations teams to specific locations to provide on-site assistance with local management.”

The regulatory commission, in a March report on the Postal Service’s performance in fiscal 2014, wrote, “Weather cannot consistently be employed as a catchall excuse for failing to meet performance standards.”


Sen. Heidi Heitkamp (D-N.D.), who serves on the Senate committee that oversees the Postal Service, has long complained that her constituents are not getting mail in three days but in four or five days or longer.

“As service standards have slipped across the country, they’re slipping worse across rural America,” Heitkamp said in an interview. “If you continue to close processing centers … and pretend you’re meeting delivery standards when you’re not, you’re going to get bad service.”

“The three-day delivery standard in and out of rural areas has never been true,” she said.